Mindfulness and the Path to Lawyer Wellbeing

Mindfulness in Law Society Path to Lawyer Well-Being, presented at the 2018 ABA Conference in Chicago

Demarris Evans teaches mindfulness through the lens of healing and human potential. She has worked as a trial attorney at the San Francisco Public Defender’s Office for the last 20+ years, and in this capacity, Demarris has represented clients in the Clean Slate Program, Collaborative Court Programs, including Drug Court and Community Justice Court, Juvenile Delinquency, and the Felony Unit, including handling all aspects of felony case litigation.  In addition to other assignments, she is currently working as the Racial Justice and Equity Attorney for the San Francisco Public Defender’s Office as well as the Chairperson of the Racial Justice Committee.

Demarris was an instructor in the Criminal Justice Department at the University of Phoenix for several years. She is also a member of the San Francisco Bar Association’s Criminal Justice Task Force where she chairs the Bias and Policing Subcommittee.  She previously served on the San Francisco Bar Association’s Judiciary Committee. She has served on the Attorney Panel of California Bar Examination Graders for over a decade. She is a graduate of the Gerry Spence Trial Lawyers College and is a graduate of the Warrior One Mindfulness in Law Teacher Training Program of 2016. Demarris has been practicing mindfulness since the late 1990’s, and has sat numerous silent, multi-day retreats. Demarris is currently enrolled in the Dedicated Practitioner Program at Spirit Rock Meditation Center and Communities Rizing Yoga and Meditation Teacher Training Program for People of Color.  Demarris has led numerous Mindfulness trainings, and currently leads a weekly sitting meditation practice at the San Francisco Public Defender’s Office.

Since 1999, he has regularly taught mindfulness to law students, lawyers, judges, mediators, executives, and educators, and has published numerous articles about how mindfulness can benefit these groups and many others. Len has practiced mindfulness meditation since about 1990 and completed mindfulness meditation teacher training at the University of Massachusetts Medical Center through the program then directed by Jon Kabat-Zinn and through the Forest Way Insight Meditation Center under the direction of Matthew Flickstein.

Much of Len’s work has centered on the perspectives with which lawyers and other dispute resolvers approach problem-solving.  Since 1980, he has been mediating, writing about mediation, and teaching lawyers, law students, judges and executives alternative methods of dispute resolution.   He has published numerous articles and several books on dispute resolution, including Dispute Resolution and Lawyers (with others) (6th Ed., Westgroup. Forthcoming 2018).  He also has published many articles in academic journals and personal essays in popular publications, such as the Atlantic Monthly and the New York Times Magazine. Len proposed a widely-used system for understanding mediation based on the facilitative-evaluative and narrow-broad dimensions, and has received awards for his work from the American Bar Association, the Missouri Bar, the CPR Institute for Dispute Resolution, and the International Academy of Mediators. 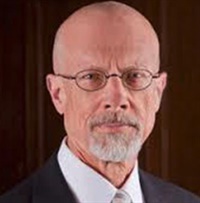 Michael D. Zimmerman is a partner in Utah’s appellate boutique law firm, Zimmerman Booher, which was founded in August of 2011.  Michael also serves as an arbitrator and a mediator.  From 2000 until 2011, he was a partner in the Salt Lake City office of Snell & Wilmer, specializing in commercial litigation.

Michael was a justice on the Utah Supreme Court from 1984 until early 2000, serving as Chief Justice from January 1994 until April 1998.  He was vice-chair of the Utah Judicial Council Task Force on Gender and Justice, chair of the Utah Judicial Council Task Force on Racial and Ethnic Fairness in the Judicial System, and was chair of the board of trustees of the Utah Council on Conflict Resolution.  Before taking the bench, Michael practiced law in Los Angeles and Salt Lake City, was an Associate Professor of Law at the University of Utah College of Law, and served as Special Counsel to the Governor of Utah.

Michael first began meditating in 1993, later studied Zen, and, in 2006, received dharma transmission in the Soto Zen lineage from Dennis Genpo Merzel, Roshi.  He was Vice-Abbot and taught at the Kanzeon Zen Center in Salt Lake City under Genpo Roshi until July of 2010.  With his wife, Diane Musho Hamilton, Sensei, another dharma successor of Genpo Roshi, he now teaches at Two Arrows Zen in Torrey, Utah, and at its City Center in Salt Lake City.  Michael has made a number of presentations to lawyers and judges on meditation, the benefits it offers to lawyers, and the science underlying those benefits.